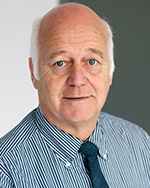 In 1996, Dr Smid started working for the Blood Bank (later Sanquin Blood Supply), first as Medical Director and later on as Director/Head of Medical Affairs and Division Director. During this period, he obtained an executive MBA.
At Sanquin Blood Supply, he filled the position of Division Director and Manager Transfusion Medicine, responsible for clinical interface including stem cell collection. In 2005 he became the Managing Director of Consulting Services, an international unit of Sanquin, which facilitates knowledge transfer in transfusion medicine through collaborations with blood services, the International Society of Blood Transfusion, the African Society of Blood Transfusion and the health care sector. As of 2005, he is also Advisor of the Red Cross Blood Bank in Curacao. His current position is Director of the Academic Institute for International Development of Transfusion Medicine, which offers the postgraduate Management of Transfusion Medicine programme. 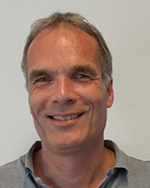 Dr. Stephen Peuchen, student coordinator
Dr. Stephen Peuchen is head of the Research Office of the University Medical Center Groningen. He obtained a Ph.D. in Clinical Chemistry from the Department of Pathology of the Virginia Commonwealth University Medical Center in Richmond VA, U.S.A in 1990. He subsequently moved to the Institute of Neurology of the University College London (UCL) for a Research Fellow position in the Dept. of Neurochemistry studying the neurophysiology and (mitochondrial) biochemistry of astrocytes. In his current position, he has spent more than 10 years working on policy development and implementation of major biobanks in medicine, such as LifeLines and the Pearl of Strings initiative (2003 – 2012) and remains a national advisor on research policy in biobanking. As of 2010, Dr. Peuchen has become increasingly involved as a tutor in the MTM Programme. 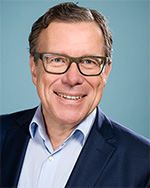 Dirk Jan van den Berg, Chairman of the Executive Board, Sanquin Blood Supply, the Netherlands
He serves as Chairman of the executive board of Sanquin Blood Supply in the Netherlands. Sanquin is a non- profit foundation, which runs the national blood bank system in the Netherlands. Sanquin has made a  substantial contribution to research in the areas of transfusion, hematology and immunology and it is the main producer of plasma-based pharmaceuticals in the Netherlands. Dirk Jan started his career at the Ministry of Economic Affairs in 1980, having served in a range of lead roles. He graduated in econometrics at the University of Groningen, and in 1985, concluded the Cycle Etranger at the Ecole Nationale d’Administration in Paris, France. He subsequently gained extensive experience in the academic world, having served as president of Delft University of Technology during 2008-2015. His experience in international relations was acquired during his stay at the Dutch Ministry of Foreign Affairs from 1992-2008, serving as the secretary-general (1992-2000) and permanent representative to the United Nations in New York (2001-2005) and as the ambassador to the PR of China (2005-2008). 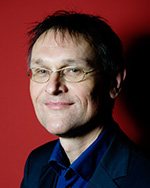 Prof. dr. D.P. (Dirk Pieter) van Donk, Faculty of Economics and Business, RUG
Dirk Pieter van Donk is a professor in operations management at the Faculty of Economics and Business, University of Groningen, The Netherlands. His main research topics are food processing industries and supply chain integration. His articles were published in the International Journal of Operations and Production Management, International Journal of Production Economics, International Journal of Production Research, Journal of Purchasing and Supply Management and Journal of Operations Management. He holds a PhD in Business Administration and MSc’s in Business Administration and Econometrics. He is an Associate Editor of JOM and a member of the Editorial Advisory Board of IJOPM, and chaired two major conferences. Dirk Pieter van Donk has gained broad teaching experience in the area of operations management, ranging from large undergraduate classes to master courses and specialized research master courses. He has supervised a large number of master theses and various PhD-theses.